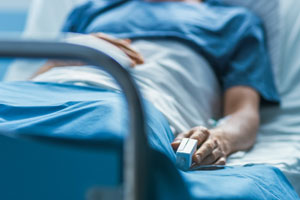 What is Non-Hodgkins Lymphoma?

Non-Hodgkins Lymphoma is a type of cancer that starts in the lymphocytes, which are cells that are located in the lymph nodes, which play a crucial role in the lymphatic system, which is a critical part of the body’s immune system. The lymphatic system helps fight off diseases and stop infections, while also serving as filtering to keep out bacteria, viruses, and other unwanted substances.

There are three major sites of lymph tissue in the body, including:

There are believed to be many causes for Non-Hodgkins Lymphoma, including exposure to a large number of toxic chemicals, including benzene, polychlorinated biphenyls (PCBs) and Glyphosate (found in the weed killer Roundup).

Because these types of chemical toxins are so commonly used in so many consumer products, while studies have shown that agriculture has been the industry most associated with the development of Non-Hodgkins Lymphoma, many other occupations have been associated with this type of cancer. These include:

Benzene is a chemical that is in common use, even though the International Agency for Research on Cancer has designated it as a Group 1 carcinogen. Benzene is quite volatile and workers are exposed to the chemical primarily through inhalation, but also through skin contact. Many decades of research have linked benzene to both leukemia and non-Hodgkins Lymphoma. Those industries who either make or use benzene present a significant risk that workers will develop potentially life-threatening conditions, up to and including non-Hodgkins Lymphoma.

Benzene is commonly used in the manufacture of rubber goods in general, including rubber gloves and shoes, which means those workers are often exposed to high levels of fumes and dust. Benzene is also a component of crude oil, so workers in the oil and gas industry are at risk of exposure daily and the exposure risk is usually high. Benzene is also commonly used in the manufacture of nylon, which is then used in the manufacture of many other products, including simple products like those mentioned above, but also lubricants and explosives. Workers in chemical plants are at extremely high risk of exposure to benzene, as are painters, who commonly use paints containing benzene. In fact, a lot of products contain benzene, including many household cleaners, detergent, dyes, inks, glues, gasoline, pesticides, plastics and many more, including solvents used to cut grease and/or dissolve rust.

In addition, in rare cases, women with breast implants also risk the development of Anaplastic large cell lymphoma (ALCL), which is a treatable form of non-Hodgkin’s lymphoma. This condition is quite rare, occurring in the breast tissue of about 3 of every 100 million women. ALCL is not found on the breast itself, but usually in the scar tissue that forms around the breast implant, although there are times in which the ALCL has metastasized to other parts of the body.

What Are the Early Signs and Symptoms of Non-Hodgkins Lymphoma?

One of the most common symptoms of lymphoma is enlarged or swollen lymph nodes. Of course, this symptom can be caused by an infection that is present. Lymph nodes are often referred to as hyperplastic nodes or reactive nodes, which means anything abnormal can cause swelling. When swollen lymph nodes occur, the nodes on the sides of the neck, groin, underarms or above the collarbone may be seen or felt as lumps under the skin. In most cases, the swollen nodes are not painful, but if the swelling is due to Non-Hodgkins Lymphoma, they may be tender to the touch.

Unfortunately, in some cases, NHL may not cause any symptoms until it grows in size.

In many cases, these treatments can be very radical, and they can also significantly increase the cost of treatment. If your condition was caused by occupational exposure to a toxic chemical like benzene or Roundup, you should not have to shoulder that burden all by yourself. You should file suit against those responsible to recover your costs. Filing such a lawsuit can be a challenge, so you should hire an experienced and knowledgeable cancer lawsuit attorney, such as those at the Welcenbach Law Offices.

Our attorneys are familiar with the intricacies involved in representing those who have contracted Non-Hodgkins Lymphoma through their job and the negligence of others. They will fight for you to get the compensation you deserve. Perhaps best of all, our attorneys will handle everything for you, but you will not pay any fee until your case has been won. If you have Non-Hodgkins Lymphoma and you believe you contracted it through workplace exposure, we encourage you to contact and call us for a free consultation, so you can discuss your case with a qualified member of our team who can offer advice and determine whether you have a case.