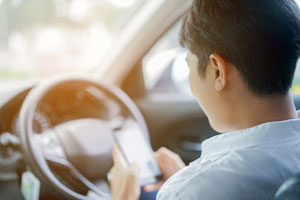 There is little to no doubt that ridesharing companies like Uber have changed the way many Americans get around, especially those in cities. They certainly make getting around town more convenient, which is why millions of people every day use Uber and other ridesharing companies to travel to a specific destination. And thankfully, most passengers get to their destination without a problem. That said, Uber and their drivers have also caused many accidents and many injuries have resulted as a consequence.

The executives at Uber are well aware that accidents will happen, which is why the company carries extremely large insurance policies, so they can pay accident claims, to satisfy claims made by passengers, pedestrians, bicyclists, other drivers, and many others have received accident settlements from Uber to pay for medical care and other damages caused by a negligent Uber driver. If you have been injured by an Uber driver, you can file a lawsuit, but getting compensation is never easy. You will have to deal with Uber, which is a large company worth billions of dollars, and they carry insurance by billion-dollar insurance companies, so obviously, they will all work together to try not to pay you anything because doing so will raise their insurance premiums, thus impacting their bottom line. Therefore, like most large companies in Milwaukee, they and their insurance carriers will do everything possible to avoid paying.

How Do You Know Your Accident is Covered and by Whose Insurance?

Uber carries $1 million insurance policies, with the coverage levels depending on the circumstances surrounding the accident, such as whether there was a passenger in the car at the time of the accident. Collision and comprehension coverage are available only to drivers who have these coverages on their own personal policies. Likewise, the driver’s injuries are only covered if the other driver is at fault. Because they try to protect ridesharing companies to a greater degree than drivers, insurers for both companies have designated several “periods” when it comes to ridesharing. These “periods” are as follows:

Uber drivers’ liability is equally as complicated since Uber drivers also carry their own personal insurance, which often excludes accidents that occur on the job.

There are specific steps you can take to make it easier to hold Uber responsible and get the compensation you deserve under the law. Here’s what everyone should do after any car accident involving any ridesharing company.

Dealing with Uber and insurance companies can be brutal and demoralizing, and there is no point to it. The experienced attorneys at Welcenbach Law Offices are familiar with the intricacies involved in representing victims of accidents involving ridesharing companies like Uber and they will fight to get the compensation you deserve. Best of all, our attorneys will not take any fee until your case has been won. If you have been injured by an Uber driver call us for a free consultation so you can discuss your case with a qualified member of our team who can offer advice and determine whether you have a case.